“Angelology” is a novel of cosmic conflicts and earthly battles. Filled with historical, biblical, and mythological references, author Danielle Trussoni weaved an intriguing story of a young nun named Evangeline and her journey to unveiling the world of Nephilims—the hybrid offspring of humans and fallen angels. 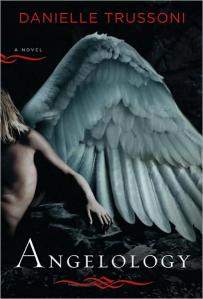 Entrusted by her father to the Franciscan Order of Perpetual Adoration at a very young age, all that Evangeline knew about the world were confined in the walls of St. Rose Convent. Her mundane life was shaken when she received a request from art historian Verlaine to do research in the convent’s archives. It was through that inquiry that she discovered a correspondence between the famous philanthropist Abigail Aldrich Rockefeller and their former mother superior, Mother Innocenta. 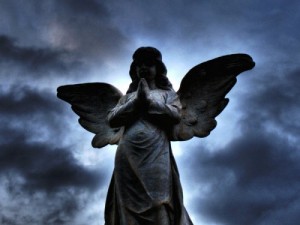 As Evangeline discovered more letters, Verlaine found himself running for his life. Apparently, the person who commissioned him for the research was a Nephilim who came from the oldest and strongest family of their kind. Meanwhile, Evangeline’s unyielding curiosity led her to a series of conversations with an old nun, Sister Celestine, who took her deeply to the world of Angelology.

The novel took a different turn with the flashback story of Sister Celestine and her friend Gabriella Levi-Franche. The story of these two characters provided the indispensable background needed for the plot to move forward. 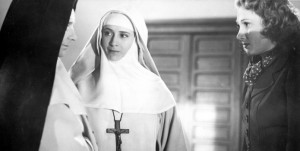 Albeit long, I found this part very engaging. As a reader, I felt the dedication and passion of the characters come to life in the perilous events that transpired in these chapters. The training of these two previous students under the Angelological Society and the dangers they faced along the way were filled with riveting and disturbing events that build up one after the other. This was also the part where the myth of Orpheus, the dangerous terrain of Bulgaria, the biblical nuances of Angelology, and the interplay of deception with Nephilims all merged to form the solid connection that completed the missing piece in the life Evangeline.

The battle continued as Evangeline finally discovered her role in this centuries-old feud between humans and Nephilims. Alongside Verlaine, Evangeline came into contact with the members of the still-standing Angelological Society and a very significant relative. 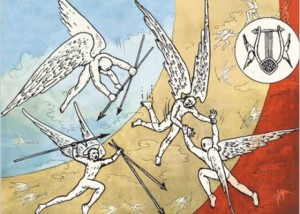 Fast-paced action, relentless search for artifacts, and spontaneous confrontations with the Nephilim army packed the latter chapters of the novel. This masterpiece ended with a sequel-worthy scene that leaves the reader craving for more.

A new approach to the supernatural realm

“Angelology” is not your typical thriller. It’s theology, mythology, and mysticism all woven into a fictional story that produced an exceptional plot.

However, Evangeline as a protagonist only found her significant place in the novel when it was about to end. The character of Gabriella was even stronger and more influential in the entire course of the narrative. 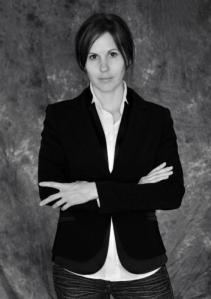 Danielle Trussoni is a great storyteller. She knows how to keep her readers seeking for answers as the novel progressed. She developed the story intricately but not to the point of confusion. She made the facts work so well with fiction that it almost felt real to a certain extent. This book truly satisfied my literary appetite for a good mystery-thriller novel.

I picked up this book last year and my long wait is finally over now that the publisher announced that the sequel “Angelopolis” will be released on January 2013! Plus, Will Smith’s production company Overbrook and Sony Pictures will be working on the film version of “Angelology”! Can’t wait for both! 🙂

Check out my other blog!

Feel free to visit my personal blog: http://thevinethatwrites.wordpress.com Thanks for dropping by! :)